A few years back, I had the pleasure of interviewing British fashion photographer Vic Singh about the circumstances behind a series of photographs he’d taken of the not-quite-yet-heralded – actually, at that point, unsigned – rock band Pink Floyd in 1967, one of which would end up gracing the cover of their first record album. He’d met the band at a London “happening” and was asked to come up with a photo of the young hipster musicians that would help introduce them and their psychedelic musical stylings to music fans in the U.K.  After the cover for Piper At The Gates Of Dawn came out, Vic’s reputation as someone with a keen eye for period fashion and culture was cemented, allowing him to expand his portfolio of entertainment-industry portraiture and branch out into film and early music video production (including a short film for The Beatles song ‘A Day in the Life’ – from Sgt.Pepper – for Apple Records). It serves as a great example of how one assignment – the “right” assignment – can open the doors to a long career in the arts assuming, of course, that you have the talent and determination to keep it moving forward.

Photographer Kirk Weddle‘s best-known work is the “floating naked baby” cover photo he shot in 1993 for Nirvana’s  Nevermind album and, as fans of album cover art now know well, the cover image has been praised, dissected, spoofed and featured in many a discussion about “iconic album cover imagery”. The voters for the Album Cover Hall of Fame understood the photo’s importance and, this past year, inducted Weddle into the ACHOF with an “Individual Achievement Award” for his Nevermind work. Rather than revisit what’s already been discussed at great lengths, I thought that it’d be a great opportunity to give readers/fans a bit more background on this Austin, TX – based photographer and show you a bit more of his portfolio which, as you’ll see, shows great craftsmanship in portrait photography for clients in the advertising, corporate design and publishing worlds and, of course, some additional examples of his underwater photography specialty.

The following is a sampling of Kirk’s portfolio, along with anecdotes in the words of the photographer himself (click on photos to enlarge them): 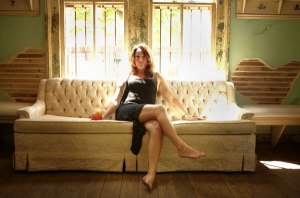 Bridget Dunlap – She’s a local entrepreneur, restaurateur and a serious partier who I’d heard about  and tracked her down. She single-handedly rejuvenated a really shitty neighborhood in Austin and built a small empire there. She now owns a number of bars and restaurants and, because of her success, twenty copycats have moved in and made Rainey Street in Austin quite the place. I pitched her story to a magazine and got the gig. 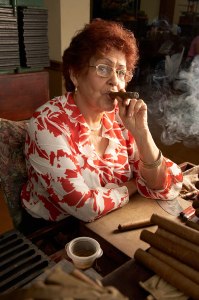 This woman is the head honcho at a handmade cigar factory in Miami. The place is on Calle Ocho (8th St), a fantastic road in Little Havana that feels a lot like Cuba that I covered when I was documenting the street for Getty Images.

When I first got in the photo business, I mostly assisted on car shoots and major campaigns for auto-industry clients (including campaigns for launches for Lexus and Infiniti). I enjoyed the car-on-car campaigns, but I never really had a feel for it. I was hired by Maxim magazine to shoot some crazy “Mad Max”-type custom cars out in the Mojave Desert and shot the cars and then did a portrait of a builder named “Ed”.  After all these years, I still like that shot and it was one of my first published pieces. 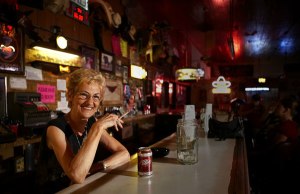 Here’s a portrait I took of a bartender in the tiny town of West Texas. I am a contributor to an alcohol industry magazine called The Tasting Panel and I shoot “all things Texas” for then.  I was with Anthony Head, the magazine’s Texas Editor, when we stopped in for a cold one at this tavern. I do a monthly image for a column he writes called “Lone Star Life” in which we highlight the unique nature of things in Texas.

This yellow store was also shot for an article in The Tasting Panel magazine. 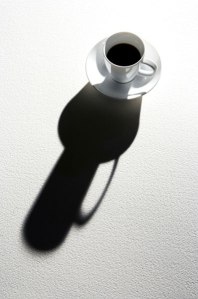 Here’s a stock shot I took for Getty Images. I was experimenting with different ways to use hard light, long shadows and texture.

These three shots are from a campaign I worked on last year for Logitech. I shot here in Texas working with a designer in Italy. As you can see, I was continuing to work with the same lighting techniques I had done previously for Getty.

This shot for Getty was a remake of a shot I did in while I was in college. It’s kind of fun to shoot someone the very first moment they wake up, when their eyes are open, but no one is home. I did the pre-lighting of the scene the day before and then snuck into the room in the morning, woke them up and then started shooting. I played around with these guys to make it look like the guy might have regretted whatever happened the night before… 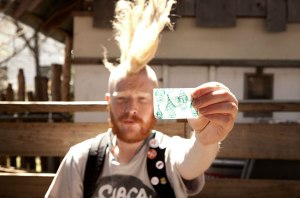 This shot of Preston, a music blogger I met while I was covering SXXW, was a lot of fun.  I was pulling a 12 hour day and he was my icebreaker – i.e., first guy I shot that day and I loved his handmade business cards. The same day, I met another photographer who had possibly the worst business card I had ever seen, so it was cool to see the good and bad in one day.

The first roadhouse I went to in Texas had the local sheriff checking IDs at the entrance. It was so cool – cowboy hat, tin star, handgun and checking IDs at the door. Documenting sheriffs is a personal project that I’ve been working on for several years now – I think I’ve done a dozen of them so far.

This is a little baby dolphin I shot in the Bahamas while great rip cruising the open water for 10 days looking for dolphins. We were free-diving and this little dude got lost from the family and was spreading his wings a bit, but Mom came and found him, just a little like a Disney movie. The photo was old school B&W and toned by the talented California photographer Phillip Nardulli.

This is a “simple” underwater beauty shot. You see, “simple” is a funny concept when it comes to underwater photography. Shooting is water is difficult – I’m either holding my breath or using scuba gear. Lighting is different, the models can’t see and I can’t really talk to them. Underwater shoots are inherently dangerous and so, to address this, I have sign above my desk that reads “No Cheap Underwater Jobs!” It’s there so that I won’t forget it when someone is trying to pitch me a cheap gig. 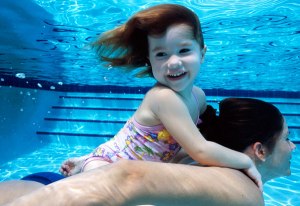 I call this a “Shamu shot”. It took me a hell of a long time to find a mother and daughter that could “do the Shamu.” The woman featured in the shot runs a swim school and her kid was a real pro.

This was one of my early underwater shots featuring a college water polo team. These guys were animals -it seemed like they could hold their breath forever. They could all open their eyes underwater and they were so strong that, to help set up the shot, they just picked up that bleacher and chucked it in the pool! 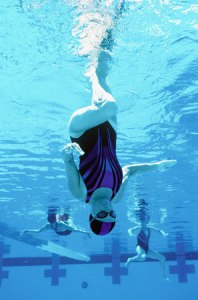 These ladies are on a synchronized swimming team. I used to laugh at them when I swam by – they looked so funny upside-down -so I shot this image like the one on the right and then inverted it.

So that we don’t disappoint fans of Kirk’s most-famous Nirvana shot, here are a few alternate takes from those sessions – Enjoy!

About the photographer, Kirk Weddle – 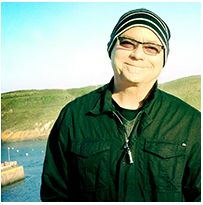 After being injured during a stint in the military while in his late teens, Weddle took advantage of his government benefits to return to school to earn his BFA degree in Photography from the Art Center College of Design in Pasadena, CA in 1985. He trained early on in aquatic photography and has specialized in this style of photography as the owner of his own photography studio ever since.

According to his web site, Kirk “specializes in portrait photography for advertising, design, editorial and corporate clients around the world.” That list includes publications such as GQ, Maxim, Rolling Stone and Time magazines along with corporate clients such as Coca-Cola, DGC and Geffen Records, Microsoft and Toshiba. Kirk he has climbed to the top of the Golden Gate Bridge and dived to the sea floor off of the coast of Jamaica in pursuit of the perfect shot.

Kirk Weddle Photography is based in Austin, Texas. To learn more about this artist, please visit his website at http://www.kirkweddle.com/

All images featured in this story are Copyright 1990 – 2014 Kirk Weddle Photography – All rights reserved – and are used by the artist’s permission. Except as noted, all other text Copyright 2014 – Mike Goldstein, AlbumCoverHallofFame.com (www.albumcoverhalloffame.com) & RockPoP Productions – All rights reserved.